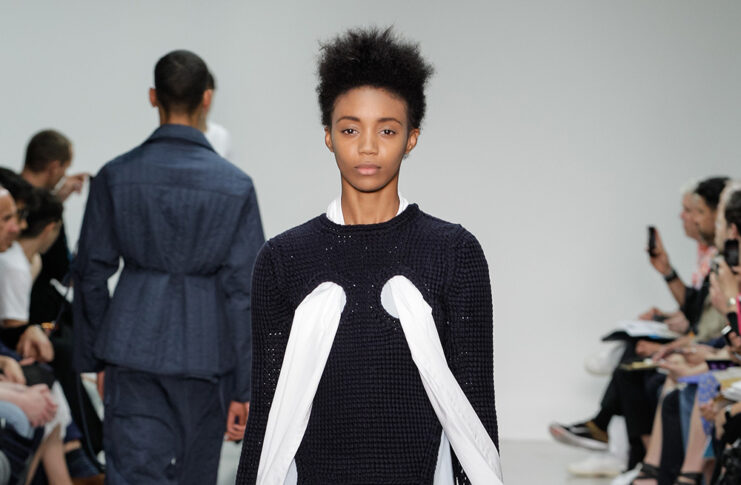 A neo-romantic scene bounding with chemical energy carries the Craig Green vision on through spring/summer 2016. Imagined as a single, improbably picturesque image, a spectrum of figures appears with a collectively emboldened sense of possibility. Here joy is found in the familiar, as carefully developed signatures are freely re-imagined with an almost naïve exuberance. Central to this approach is a continued play between real and imagined utility. Whilst some garments are stripped back to their barest components, others are invested with an exaggerated level of detail intended as cultish and seemingly symbolic.