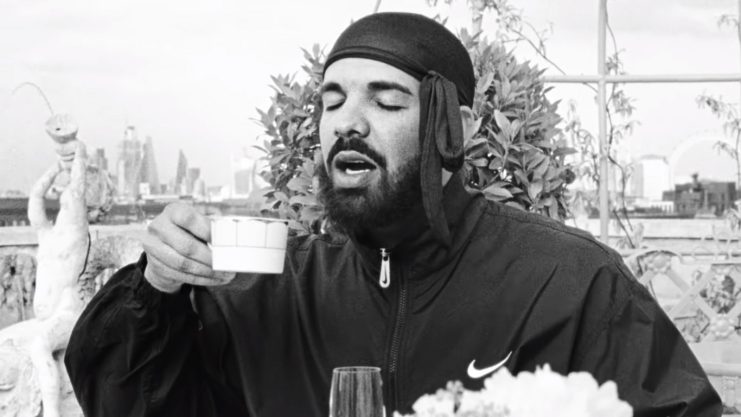 Drake takes it back to the city of London for his latest video for “Nonstop,” from his new album Scorpion. The Theo Skudra-directed black and white visual which just premiered on Apple Music, features footage from Drizzy’s Wireless Festival 2018 performance, and shots of him chilling around different locations in the city of London, in a museum, nightclub, outdoor restaurant, and riding on a double decker bus. Some familiar faces such as Giggs, Michael Dapaah a.k.a. Big Shaq, Quavo, French Montana, and Noah “40” Shebib made a cameo appearance in the video as well.