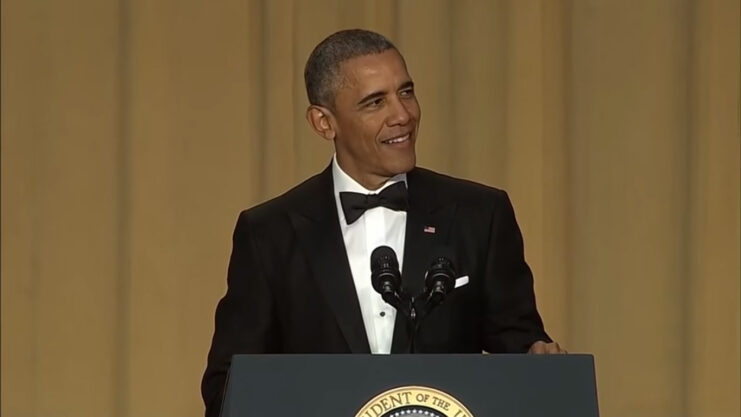 Yesterday, the President of the United States of America Barack Obama appeared at his eighth and final White House Correspondents’ Dinner, and in a true Obama fashion, he didn’t hold back on anything during his speech. The annual dinner brought together a lot of important figures, and President Obama made sure it was a worthwhile and unforgettable one. Without hesitation, Obama roasted Donald Trump, Ted Cruz, and Justin Trudeau, and also made fun of fellow Democrats, including Bernie Sanders and Hillary Clinton. He also took time to acknowledge how much he has aged in the last eight years in office, before finally dropping his mic, after his final words “Obama Out.” Hit the play button above to watch the action.