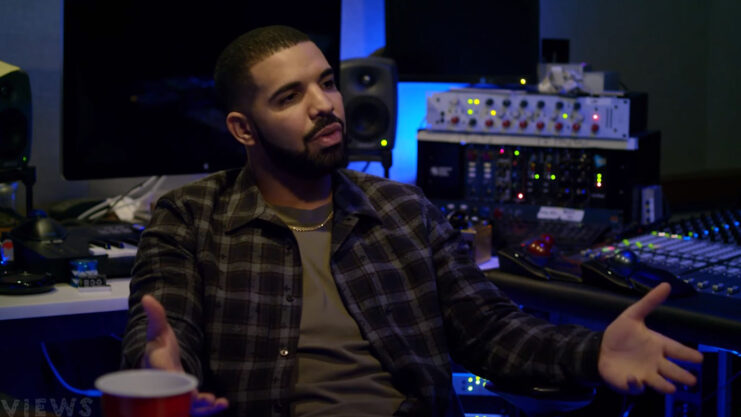 Ahead of the release of Drake’s highly-anticipated fourth studio album VIEWS, last week on Apple’s OVO Sound Radio, a noteworthy interview with Zane Lowe was conducted in-studio. While we brought you the audio of the chat when it came out, Apple and Beats 1 Radio have now released a coinciding video of the intimate conversation.

As previously mentioned, Drizzy dished on topics like, how “Hotline Bling” was recorded in a London hotel room, what inspired VIEWS, a Drake and Skepta collaboration, the state of his friendship with Nicki Minaj, his relationship with The Weeknd, possible Kanye collaborations, the size of his personal pool, and much more. Hit the play button above to take in both the physical expressions and reactions along with the previously-released audio.

The second installment of Drake’s OVO Sound Radio show on Apple’s Beats 1 Radio happened today, and for the occasion he released three new records: “Charged Up”, “Hotline Bling” (a remix of D.R.A.M.’s “Cha Cha”), and “Right Hand.” “Charged Up” is believed to be Drake’s response to a US rapper named Meek Mill, the rapper who … Read more