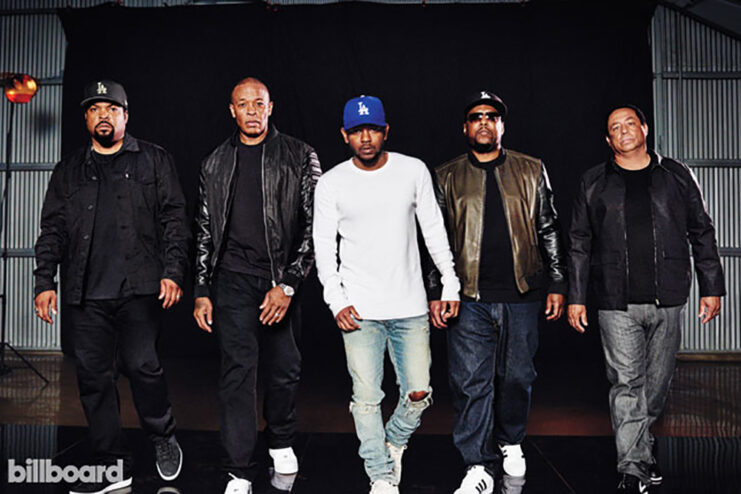 In light of the N.W.A biopic Straight Outta Compton, that’s hitting theaters today. Compton native Kendrick Lamar was given the opportunity to sit down and talk with one of his biggest icons, the N.W.A., in an exclusive new interview for Billboard. K Dot brought up a number of topics to the members the legendary hip-hop group, which includes how they manage to balance their work and family lives, their favorite rappers in the game, their legacy, the impact left by their late friend and former member Eazy-E, and more. Watch the insightful and profound conversation between Kendrick Lamar and N.W.A’s DJ Yella, Dr. Dre, Ice Cube and MC Ren above.

The official trailer for Ride Along 2, the sequel to the 2014 comedy film starring Ice Cube and Kevin Hart, has been released. The film’s plot is centered around the reprising cast of the original, heading for Miami to track down a drug lord, with appearances from Ken Jeong, Olivia Munn, Sherri Shepherd and Tyrese. Hit the play button above to check out the trailer, and anticipate Ride Along 2 which hits theaters January 15, 2016.