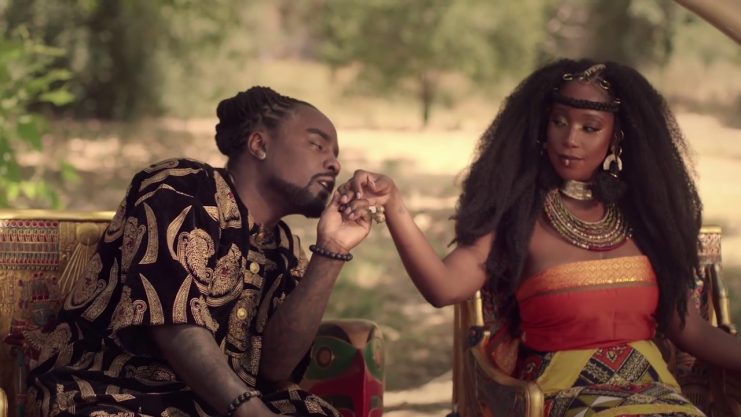 Wale has unveiled the visual treatment to his Jacquees-assisted single, “Black Bonnie.” Directed by Yasha Gruben, the video sees the Washington, D.C. rapper in various scenes throughout history, working the Bonnie-and-Clyde narrative into his progressive black love storyline, alongside his love interest played by Ashley Blaine Featherson.

In one scene, Wale takes the throne and celebrates with his queen in a village in Africa. The couple lead the Black Panther movement in another scene, and the video ends with a flashback, as Clyde meets his Bonnie for the first time in a coffee shop.