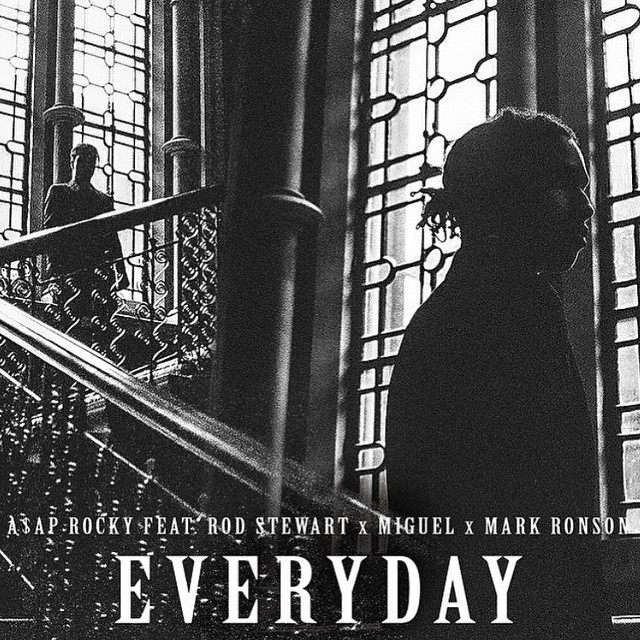 Harlem rapper A$AP Rocky has unveiled his first official track from his forthcoming studio album At.Long.Last.A$AP, titled “Everyday”. Produced by Mark Ronson, the track incorporates a sample of Rod Stewart’s vocals on the 1972 hit “In a Broken Dream”, as well as contributions from Miguel. Originally scheduled to drop this upcoming Tuesday, At.Long.Last.A$AP has been pushed back to June 2.