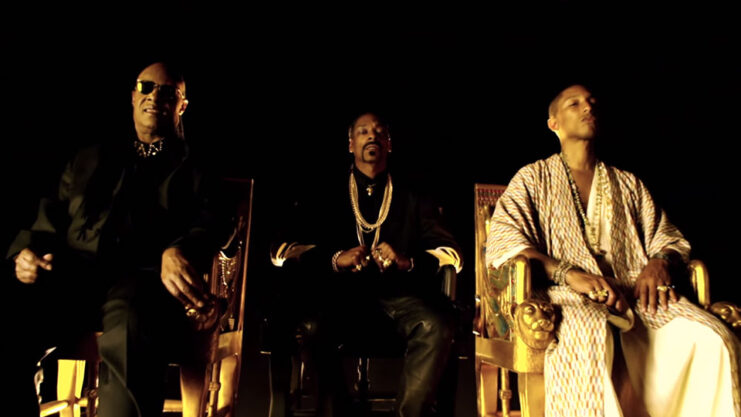 Snoop Dogg has unveiled the official video for his latest single, “California Roll,” featuring Stevie Wonder and Pharrell Williams, off his thirteenth studio album BUSH which was entirely produced by Pharrell, and released recently. The Warren Fu-directed video which also stars actress Nia Long, who appeared on The Fresh Prince of Bel-Air in the 90′s, is a crazy mix of styles, from 1940′s retro and Ancient Egyptian, to futuristic and surrealist. Hit the play button above to enjoy the video, and proceed to iTunes if you don’t have BUSH yet.