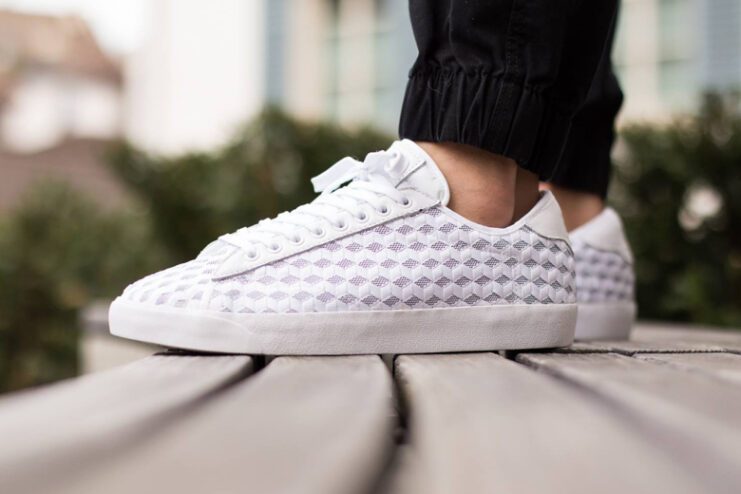 Nike has unveiled a new update to the Tennis Classic AC. The footwear which was originally released back in 1982 as an on-court footwear, has received an update in the form of the more modern, woven leather upper. It also features a full-length EVA sockliner for lightweight cushioning, a low-profile fit and cushioned midsole for maximum comfort. The midsole and outsole are also merged into one piece for more durability and a more streamlined look, while the herringbone outsole sports an increased traction. The Nike Tennis Classic AC Woven White is now available at Nike online shop, as well as select Nike retailers including Titolo for £110 (approximately 604 AED).