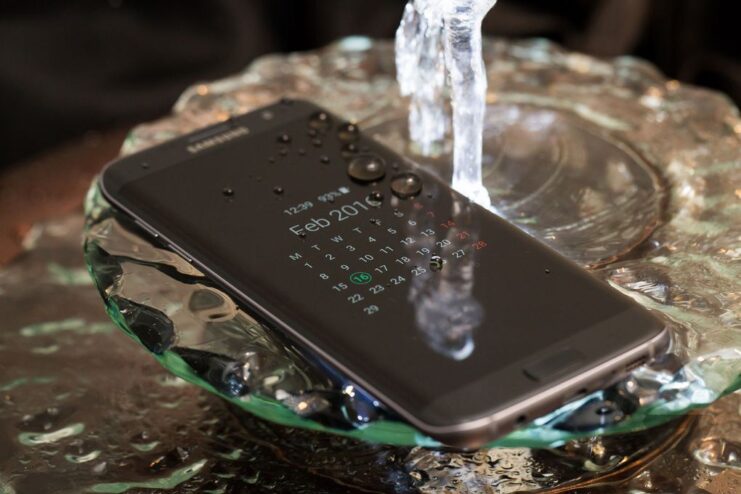 Samsung has officially unveiled the newest additions to its flagship Galaxy smartphone line – the S7 and S7 Edge, at this year’s Mobile World Congress in Barcelona.

The electronics giant has used this update to refine a proven design, as opposed to the predecessors which went through major make-over last year. The Galaxy S7 and Galaxy S7 Edge smartphones features waterproof engineering – which allows submersion in water up to 30 minutes, and expandable microSD card storage by up to an additional 200GB.

The camera on the Galaxy S7 has been brought down to 12 megapixels from last year’s 16 megapixels, but the larger pixels and f/1.7 aperture let in 95 percent more light compared to its predecessor. A new Always-On screen feature has also been introduced, keeping the time and a calendar on the lockscreen permanently, shutting off only when the phones are put in a pocket. Furthermore, the Galaxy S7 comes with a 3,000mAh battery, and the Galaxy S7 Edge with a 3,600mAh battery, both with fast charging and wireless charging features, which will make it one of the best Android devices to release this year.

Look out for the Samsung Galaxy S7 and S7 Edge smartphones to go on sale globally from March 11.