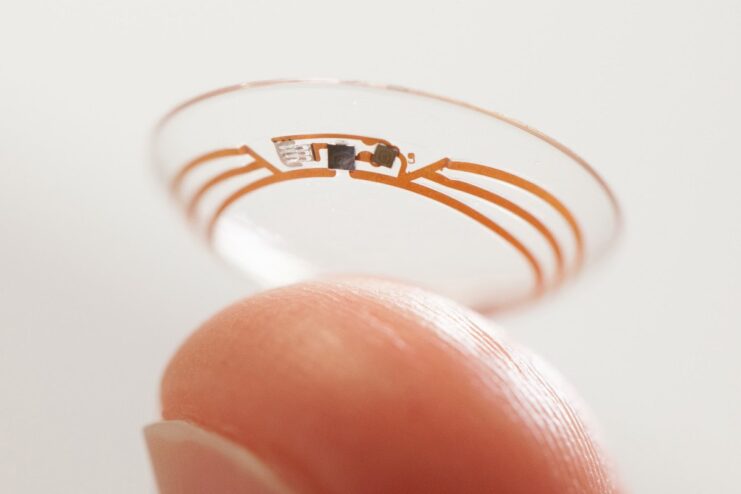 It has just been revealed that tech giant Samsung, is working on a new design that will have the whole world wanting to wear contact lenses. According to a patent application filed in South Korea, smart contact lenses with built-in cameras and sensors is being built by Samsung. The patent image showcases a lens with a small display, a camera, an antenna, and multiple sensors that detect movement and forms of input by blinking.

According to SamMobile, the embedded antennas allow the device to transmit data to an external device. The smart contact lenses were created as a way to enhance the augmented reality experience seamlessly, without having to wear visible eyewear like the Google Glass.

It is also worthy of notice that, Samsung isn’t the only company to be getting into the smart contact lenses technology. Google also owns two patents with flexible electronics and sensors that can read the chemicals near the wearer’s eyes to detect blood sugar levels. Although just disclosed, the Samsung originally filed theirs back in 2014 (around the same time Google filed theirs), so Samsung’s smart contact lenses could be arriving in the near future.