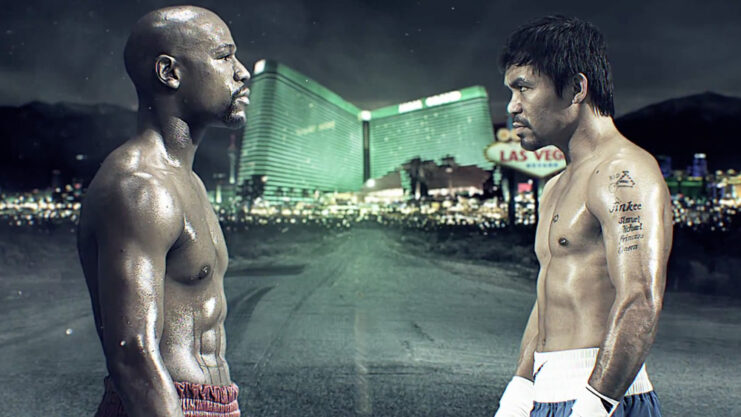 The hype surrounding the historic boxing match between Floyd Mayweather and Manny Pacquiao is already building up, as we’re already less than a month away. To start things off, HBO has released its official TV commercial to promote the much anticipated showdown. The video clip which was reportedly filmed at a studio in Los Angeles on March 11, shows both fighters slowly approaching each other, against the backdrop of the MGM Grand Arena in Las Vegas, where the showdown will take place.