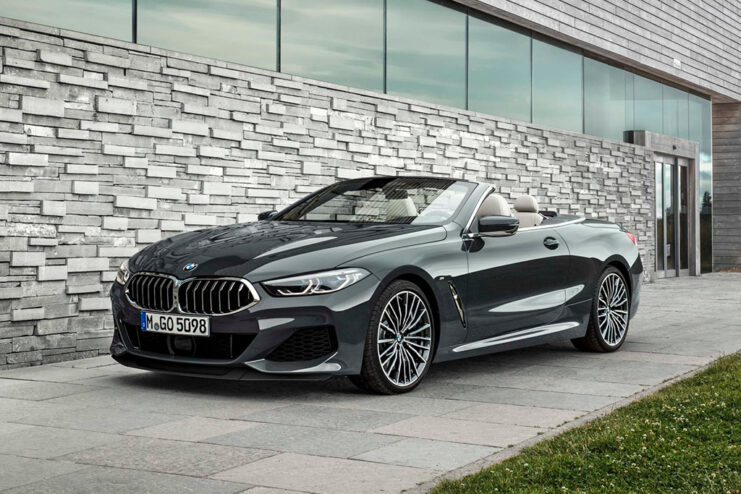 The BMW 8 Series has just gotten a fancier option, in the form of a convertible top model with a lot of power.

Design-wise, the new 8 Series Convertible resembles the new 8 Series Coupé, with a bold front-end and muscular lines. Additional features include a wind deflector, and a multi-layer fabric roof, which comes in a choice of either a standard black or optional anthracite color. The roof opens in 15 seconds at the touch of a button at speeds up to 31mph, automatically stowing beneath a tonneau cover trimmed with the same slush moulded plastic as the dashboard and door trims at the rear of the 2+2 cabin. Furthermore, the vehicle comes with 350 litres of boot capacity with the roof in place, which is reduced when it is stowed. In order to accommodate lengthy items, the rear seats split and fold in 50:50 form to free up greater load space.

A wide array of technology powered by BMW’s latest generation iDrive OS, can be accessed via a 10″ display behind the wheel and a 12″ display on the center console. The BMW 8 Series Convertible will be available at the dealerships in March 2019.