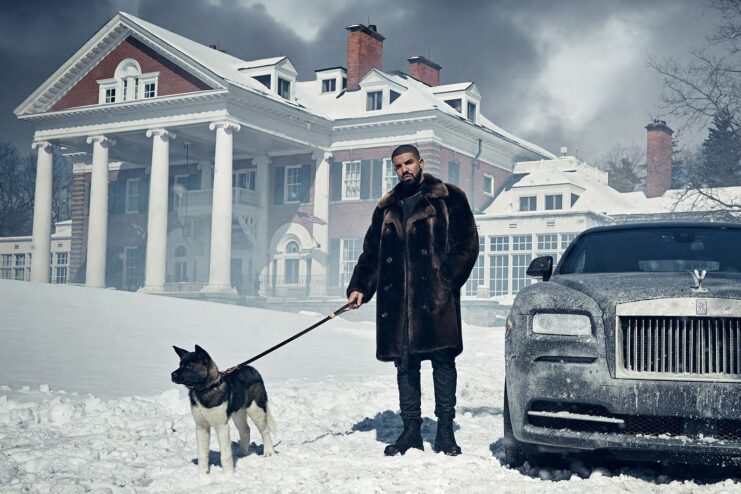 Shortly after the release of Drake’s highly-anticipated fourth studio album VIEWS on Apple Music, we now get a look at the accompanying digital booklet that features several pages of images from the 6 god. The exclusive image set pictures Drake donnining luxurious furs, flanked by a frosted Rolls-Royce, and accompanied by Canada Goose-clad twins. Also featured in the digital booklet, are some notable OVO members, such as Oliver El-Khatib and Noah Shebib, as well as what appears to be inspirations that culminated into the production of the album. Take a look through the images above and make sure to give the new album a listen here.