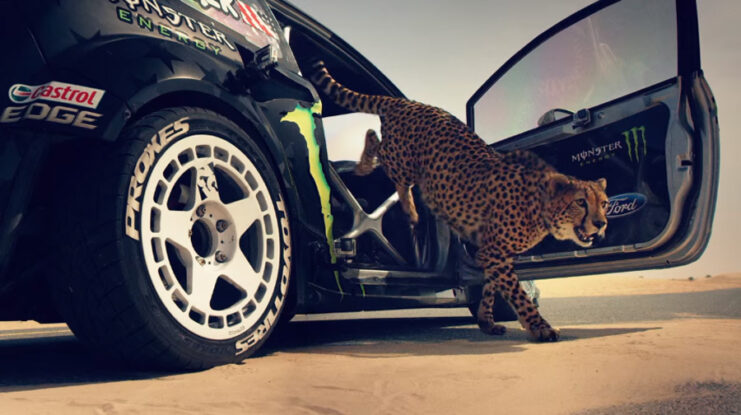 DC Shoes co-founder and professional rally driver Ken Block is back with Gymkhana EIGHT, and if you thought his first seven series were crazy, this eighth installment titled “Ultimate Exotic Playground” will leave you beyond exhilarated.

Block took it to Dubai this time around, and he had the entire city to himself. He started off in the middle of the desert with his 650 horsepower Ford Fiesta RX, before hitting the city where he met the Dubai Police exotic car fleet, a sideways Ford F-150, fleet of sports cars including a Bugatti Veyron, and finally a Boeing Jumbo airplane. Hit the play button above and check out the insane 9-minute drift session.