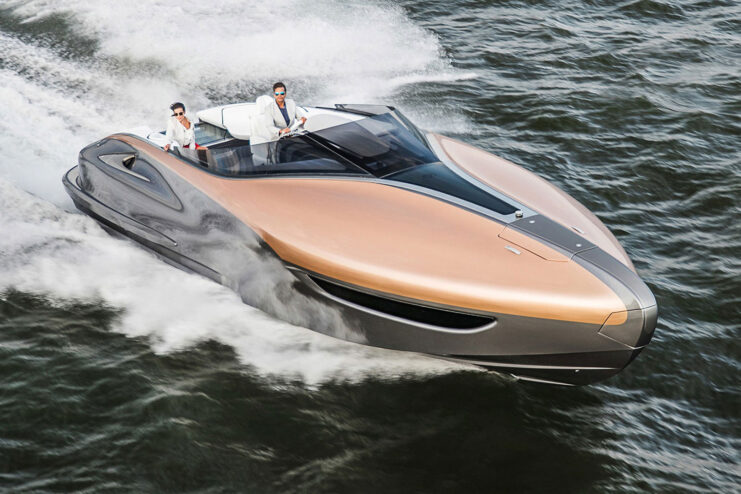 Lexus, the luxury vehicle division of Japanese car maker Toyota, is looking to expand its horizons into luxury yacht manufacturing. Aptly dubbed “Lexus Sport Yacht,” the idea to create a yacht came about when CEO Akio Toyoda was trying out one of the company’s marine division’s yachts (that use a Toyota engine). Toyoda wanted to create a sporty, luxurious yacht much like its Lexus sub-label.

This concept is a fully-functioning sea vehicle, and is constructed from carbon fiber by the Marquis-Carver Yacht Group in Wisconsin. It boasts a pair of V8 engines capable of 440 horsepower each.

The luxury sport yacht comes equipped with plenty of luxurious amenities. It features seating for eight with fold-out seats by the captain’s chair. The control panel is a pair of touchscreens, one in the wheel and one for instruments and other information. Underneath, the passenger cabin is filled with leather, wood, air conditioning, and comfortable seating complete with a shower.

The Lexus Sport Yacht concept is still a bespoke one-of-one, and won’t be released to the public anytime soon but the concept is likely a good indicator of things to come in the future in sea vehicle innovation.