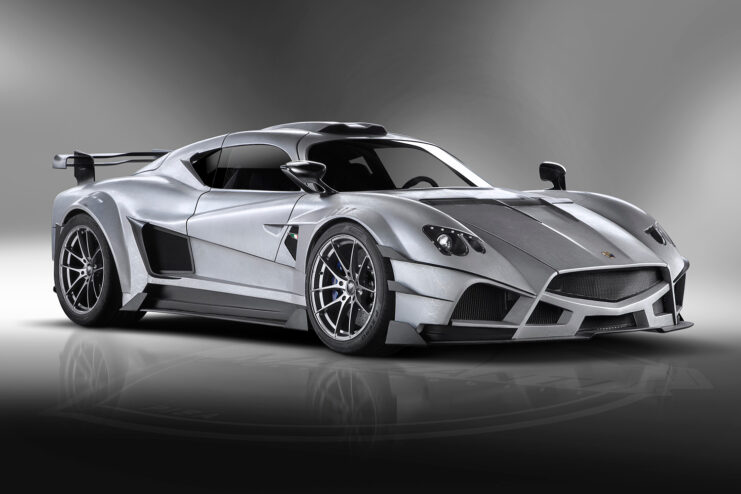 Under the hood, the Mazzanti Evantra Millecavalli packs a 7.2-liter twin-turbo V8 engine that cranks out 1,000 horsepower and 885 pound-per-feet of torque, with a six-speed sequential gearbox. The vehicle is capable of going from 0 to 60 in just 2.7 seconds, before topping out at 250 miles per hour. These performances are controlled by carbon ceramic brakes capable of stopping the Evantra Millecavalli from 186 miles per hour to zero in only seven seconds.

Mazzanti Automobili is currently showcasing the vehicle as a prototype, but 25 units are in turn expected to be produced, as three have already been sold.