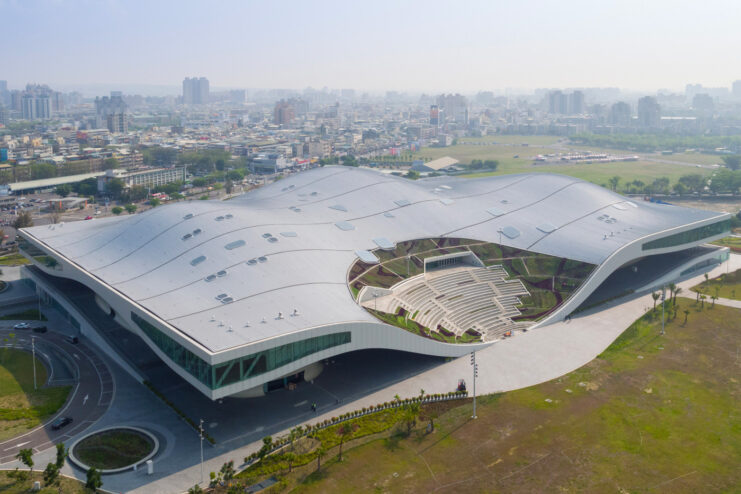 Mecanoo-designed National Kaohsiung Center for the Arts, has officially opened in Taiwan, setting the record for the world’s largest performing arts center with five state-of-the-art spaces under one roof spanning 141,000 square meters.

The massive structure also known as Weiwuying, took 15 years to build and is Taiwan’s most significant cultural investment in a generation with an estimated cost of $221 million USD. The structure is set across a 116-acre (470,000-square-meter) subtropical park in the southern port city of Kaoksiung, which was formerly a military training base.

The National Kaohsiung Center for the Arts features four indoor performance venues: a 2,236-seat opera house located at its center, a 1,981-seat concert hall, a 1,210-seat playhouse and a 434-seat recital hall arranged around it. There is also a fifth performance venue – the building’s roof dips to touch the ground, forming an outdoor theater facing the neighboring park.

Check out the National Kaohsiung Center for the Arts above, and proceed to Mecanoo’s website for further details.