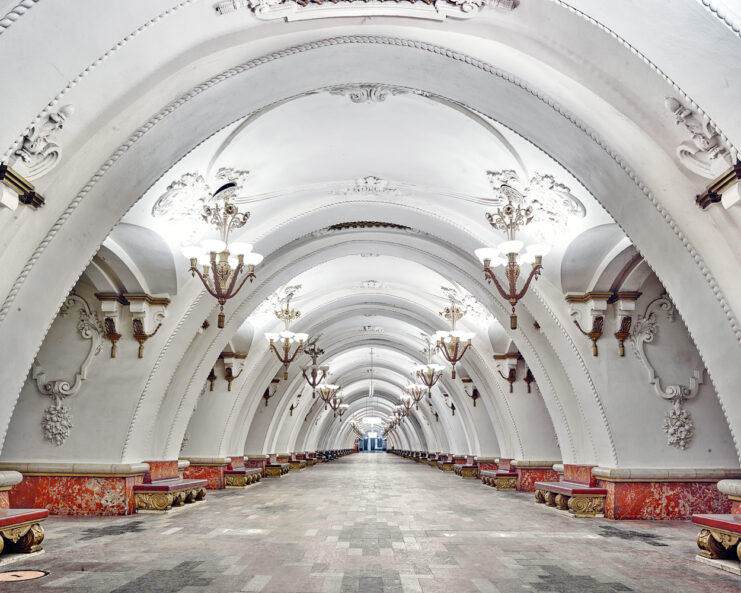 Without a doubt, the subway stations in many cities are often usually uninspiring, claustrophobic and demoralizing, and the London Underground and rat-infested New York Metro stations are perfect examples of this. It is therefore much of a big deal that the stations along the Moscow Metro look more like the inside of opera houses or museums than train stops.

Designed in the 1930s by some of Russia’s most famous architects, the Moscow to St. Petersburg Metro was one of the USSR’s most extravagant projects. Stalin decreed that the Moscow Metro be built along the concept of svet – light – as “palaces for the people,” as well as serving as bomb shelters. The stations which are owned by the military,  are often free of advertising, and display the styles of rococo, Art Deco and Constructivism.

Check out the above photos taken from photographer David Burdeny’s photo series A Bright Future: New Works from Russia, which he shot when recently granted the extremely rare opportunity to photograph these civil works of art.